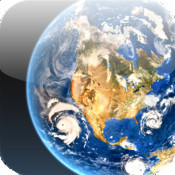 “Our Choice” an interactive eBook by Al Gore

“Our Choice: A Plan to Solve the Climate Crisis” is an interactive App / eBook by Al Gore, which covers all the issues surrounding Climate Change.  We love books, but the regular variety of book cannot compete, or even be compared to a publication such as this. The production is superb, the content is excellent and engaging; at times stunning, sometimes astounding, factually sobering. The price of this eBook is insignificant, it is so cheap it’s literally going for a song.  Buy it to admire the technology. “Our Choice” the eBook by Al Gore is the only publication to showcase the ground-breaking software by Push Pop Press, who have been bought by Facebook and are now “setting off to help design the world’s largest book, Facebook.”

Al Gore’s App “Our Choice” has had an incredible response. To quote tech columnist David Pogue of The New York Times:

“this is one of the most elegant, fluid, impressive apps you’ve ever seen. It’s a showpiece for the new world of touch-screen gadgets.”

If you get this book just to admire the production, that, in itself, is money well spent. Pictures fold open and zoom into maps to show their location, graphs break apart to display details, and of course there are videos etc. This is so much more than the interactive books we’re used to! (remember the kids’ books with buttons that play a nursery rhyme, tabs that make animals pop up, and foil that makes crinkle noise? Ha ha..)

Change the way you think.

Every day we have choices, we chose what we buy, what we eat, who we vote for, where we invest, and who we believe in.  We need to be sure we know what we’re choosing, we personally want to have a good understanding of Climate Change issues.

Al Gore has based his views on the views of the vast majority of scientists and specialists in the field of climate change and environmental science. If you want an expert opinion, consult an expert.

The subject will grab you sooner or later, sooner if you’re lucky. We have a wider choice if we chose early. As with everything, the selection diminishes with time, until eventually there is no choice, you just take what is left (if anything is left). Much like eating at a buffet after a horde of teenagers has been; the good stuff is all gone. 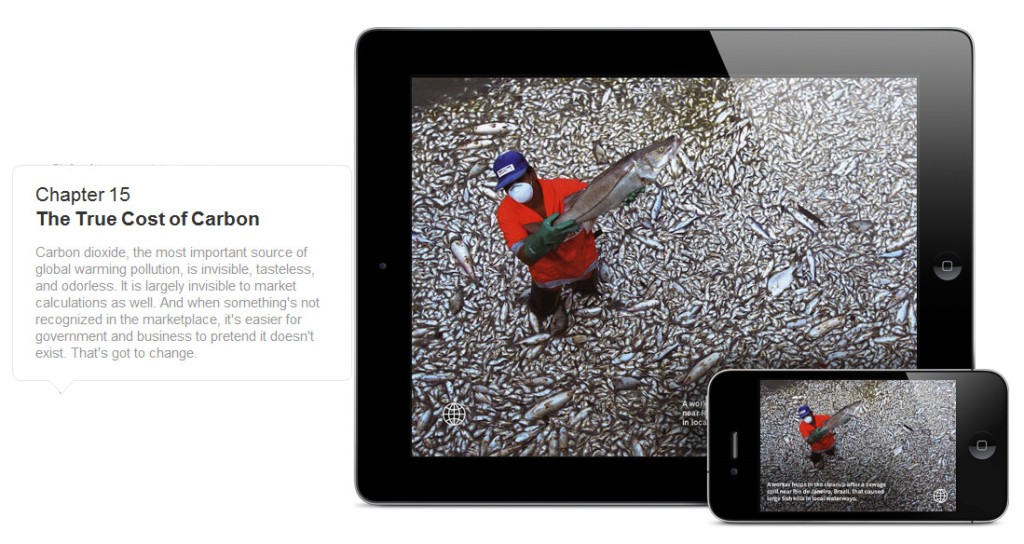 The true cost of carbon is so much more than the production cost.

So take a look at “Our Choice”, admire it, learn from it, and let your children play with it. And gift it to everyone you love and your local politicians. Suggest it as the text at a book club, discuss it at dinner or drinks with friends and colleagues, and suggest to teachers that they use it. It’s a great gift for people who need to clarify a few Climate issues, ..and for climate skeptics if you can get them to look at it!

100% of Al Gore’s earnings from Our Choice will be donated to the non-profit Alliance for Climate Protection.
“Our Choice” was published by Rodale, produced by Melcher Media, and powered by Push Pop Press
★ Winner of the 2011 Apple Design Award ★

2 thoughts on “Our Choice: A Plan to Solve the Climate Crisis”